In a unique twist to the very serious issue of puppy mills in the United States, two puppy mill survivors, Harley and Teddy, will hit the road this week with a team from National Mill Dog Rescue to rescue puppy mill dogs. DOGS SAVING DOGS!

PRLog – Jul. 27, 2014 – COLORADO SPRINGS, Colo. — Dogs Saving Dogs! It’s a bird. It’s a plane. No, it’s two tiny Chihuahuas saving dogs from puppy mills again! Two puppy mill survivor superheroes, Harley and Teddy, will head out into the Midwest July 29th on yet another on their ‘Harley to the Rescue’ missions to save more than 60 puppy mill dogs with National Mill Dog Rescue.

Harley, a 13 year old Chihuahua and an iconic figure in the world of puppy mill awareness through social media, spent 10 years as a commercial breeder in a puppy mill. His one-eyed, grizzled image is immediately recognizable, due primarily to the fact he lost an eye being power washed at the puppy mill. Although suffering with congestive heart failure, he actively uses his Facebook page with 52,000+ followers to spread awareness about the cruel realities of puppy mills and raise funds for non-profit rescue groups.

Teddy is Harley’s sidekick and ‘Team Driver’. He uses his page with 20,000+ followers to spread puppy mill awareness and share his experiences of learning about life outside the cage. . 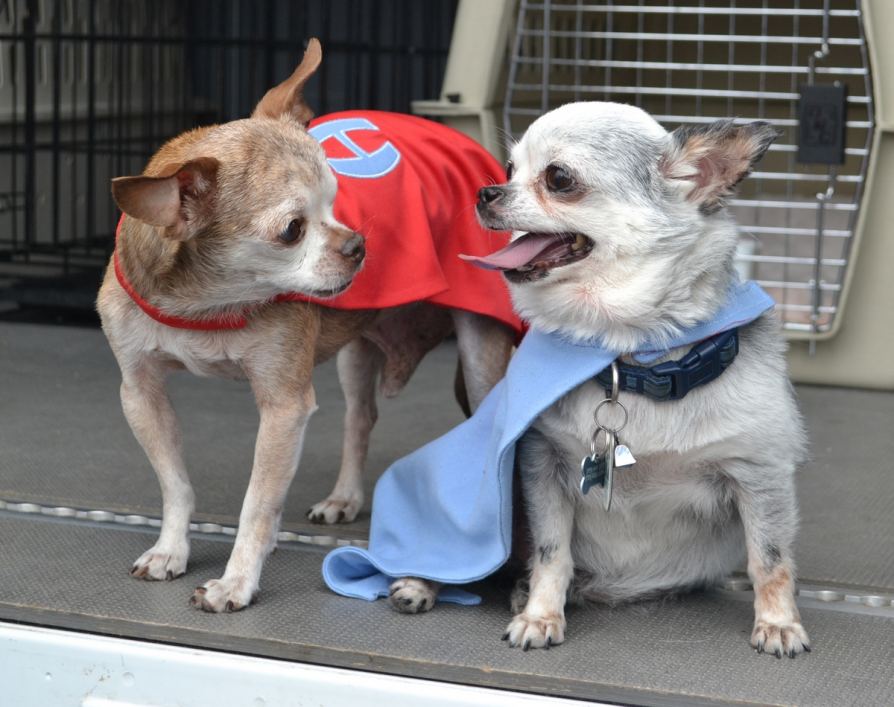 ‘Harley to the Rescue’ started out as a campaign to raise the $2,500 needed to fund one rescue of approximately 25-30 dogs. Now they’re on the road to rescue more! To date, these two dogs have raised over $200,000 to rescue 364 dogs from the horrific conditions in puppy mills.

Through their social media outlets, they chronicle their journey into the world of puppy mills, all from the perspective of puppy mill survivors. Dogs Saving Dogs! Follow the mission of these ‘caped crusaders’ and support their cause!

National Mill Dog Rescue is a Colorado Springs based 501(c)(3) organization that rescues, rehabilitates, and re-homes discarded commercial breeding dogs from puppy mills. NMDR relies on volunteers to care for the dogs, from the moment they are surrendered to the time they are adopted and beyond. The organization depends on the generosity of the public to provide the high level of care for our dogs and to continue to be able to save them.

National Mill Dog Rescue started with a single sentence in an e-mail that Theresa Strader received: “50 Italian Greyhounds in need.” A large-scale breeding operation, or ‘puppy mill’ was going out of business and all 561 dogs were going to auction. One of those dogs was a seven-year-old Italian Greyhound named Lily. The moment their eyes met through the wire of Lily’s tiny cage, Theresa knew her life had changed forever and that this new life would include Lily and a mission to bring about lasting change.

In honor of Lily, National Mill Dog Rescue was established in February 2007 to give a voice to mill dogs across the country. Since then, NMDR has rescued more than 9,100 puppy mill survivors, all while maintaining a strict no-kill policy. Every single dog that comes through the doors is spayed or neutered and given whatever additional medical care they need – without exception. They are groomed, many of them for the very first time. Years of filth and matted fur are removed, allowing the beautiful dog underneath to shine. Soon they learn about all the simple pleasures that they had never previously known – clean water, toys and treats, a soft bed, and most importantly, the love of a human companion.

Posted in Puppy Mill Rescue
Please connect with me! 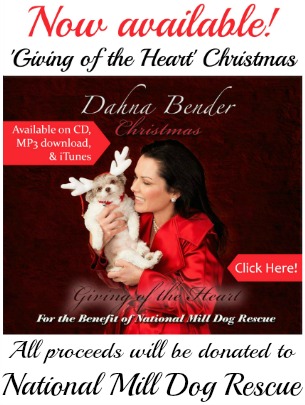